Sad to end the year this way, but because of Covid19 concerns, you've seen that all remaining tournaments are cancelled.  In addition, because school is also cancelled for at least the next few weeks, we'll also cancel the last class - April 1st.

Safety first!  For us, and for the more susceptible in our communities.

On a positive note, the online chesskid tournament is set for next Wed the 18th!  Two sections - one for green,white, blue wrist bands and one for red, purple, black.  There is also a shorter practice tournament set for Tuesday.  Watch for email details.

If you have any questions or concerns please reach out to me.
Take care
Coach Dan
Posted by MSCC at 1:20 PM No comments:


Congratulations Andy on going 5-0 and taking first place in the K7 division at Golda Meir! 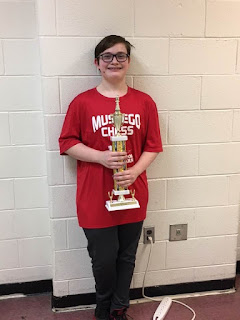 Hi All,
Even though there's a couple more chess classes left, we're having our "End of the Year" Pizza Party on Wed, March 11 at 6:15 pm. Since this is a fundraiser, we ask that everyone only starts out w/2 slices (to make sure there's enough pizza for everyone).  The cost is $5/person & is open to not only the chess players but their families as well.
If you'd like to being anything, please let me know. We already have a veggie platter, fruit platter, cheese & sausage platter, & brownies covered.
Bring your appetite!
Leah

Randy at Elmwood hosted & ran another great tournament this weekend.  The MSCC brought just 6 players to the nearby tournament that had over 125 players - largely in the K3 & K6 unrated sections.  We had a great time! 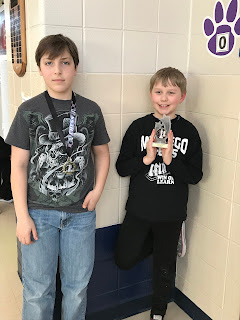 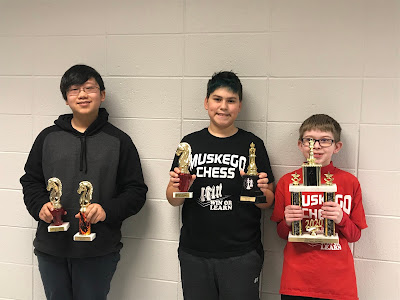 This weekend proved how busy the chess world can be this time of year!  Our club had players attend St. Dominic's in Brookfield, the high school SMCA finale in Kewaskum, and the WSCF Discovery World tournament in Milwaukee.  In total, 15 players attended and played some really nice matches!

K8 rated -  Andy had a great day and went undefeated, winning all 4 matches!  In the process his rating jumped to 900 so he now has his purple wristband - way to go Andy!  And if that wasn't enough, his wins actually gave him a 3rd place team trophy -  I think that's a first!

These were the season ending matches for the 9 schools in the division.  We had a tough time getting enough players to these high school tournaments to play consistently, but we saw some good long games (these are G60) on Saturday.  Matthew led the way with 2/2 wins.  Also playing was Will, Aaron, Steven, Arnold & Josh.

K3 -  Lexi was our loan player in this section and had a great day, taking 4/5 wins!  Somehow with even that many wins, because of the way tie breakers played out, she just missed getting a trophy.

K5 - Reid played in just his 2nd tournament and made a ton of progress, while Lucas led the way with 3/5 wins.

K12 - We had a strong team in this division - Bella lead the way with 3.5/5 wins!  Josh and Luke were close behind, and Anthony, who played up in division this weekend, had 3/5.  The team took home a 3rd place trophy!

Next up - New Berlin Elmwood this Saturday the 29th! 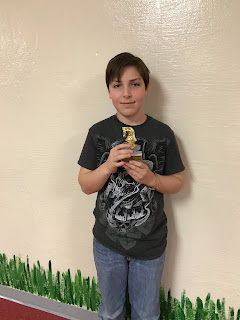 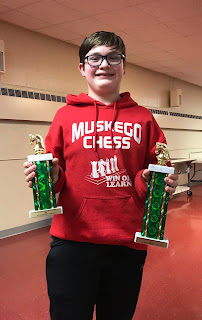 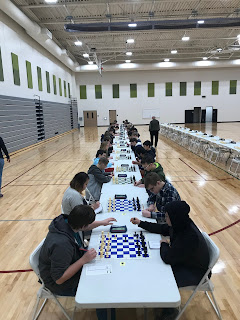 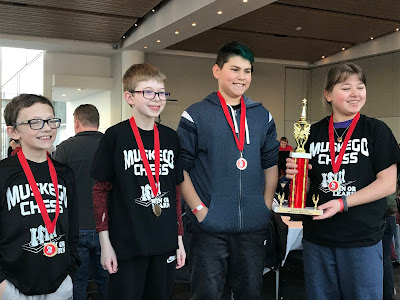 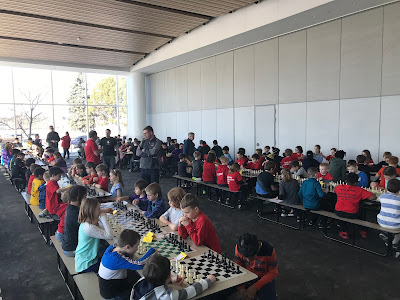 The MSCC brought just seven players to Asa Clark in Pewaukee yesterday.  It was another IAC well-run tournament and we had a lot of fun!

Next up for our club -  High School team in Kewaskum on the 22nd and WSCF Discovery World on the 23rd. 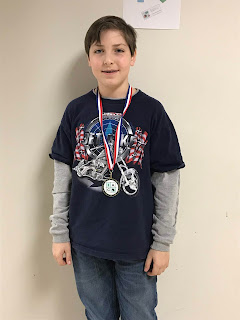 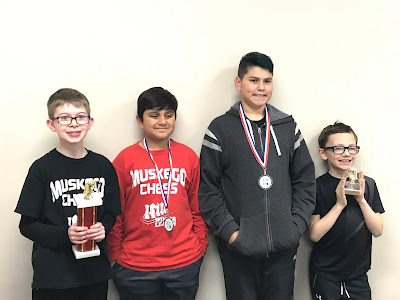 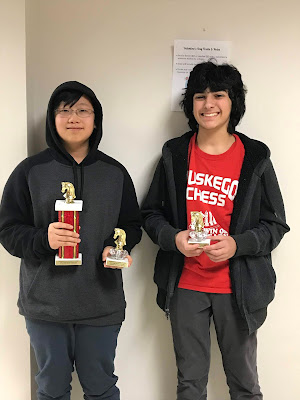 The MSCC brought 9 players to Brookfield East Saturday for a well run tournament by the IAC.  Well over 100 players participated in 3 sections.

As usual, all of our players demonstrated very good sportsmanship and made the club proud! 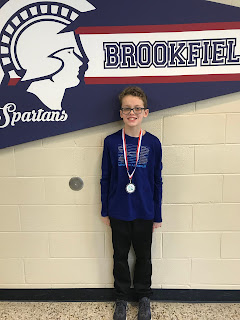 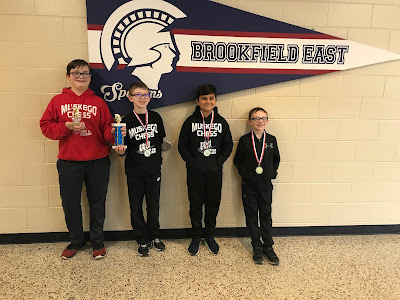 Next up - Asa Clark in Pewaukee Feb 8th, run by the IAC

Hope to see you there!

Alert me to Blog Updates!

Add this Calendar to your mobile/desktop device!

The Muskego Scholastic Chess Club is a volunteer-run organization, offered for a minimal fee to kids K-12 attending the Muskego-Norway school district and interested in being active in chess. Advanced instruction is provided by the IAC, whose involvement is funded by the MSCC.
The MSCC meets October thru March, Wednesday evenings from 6:30-8:00pm at Mill Valley Elementary School - see the schedule on this blog for details including tournaments.
K-12 scholastic tournaments start in November, and the MHS Team plays against other high schools weekly starting in December each year.
Email Leah Przedwiecki, Club Secretary, at LeahMike@ymail.com if you have questions.